Preface: Some of you may have read parts of this message before. However, it is even more critical today that people are aware of the importance of a having a Supreme Court that follows the Constitution.

Our founding fathers basis of law was developed with the Bible and the Ten commandments as a guide for developing the Constitution. Those early leaders who made amendments to that document also had the Bible as a guide.

adhere to that Constitution. Please pray and do all you can to help Judge Brett M. Kavanaugh be confirmed. He has stated, “A judge must interpret the law, not make the law.” Totally different then those that rule from the bench.

For two thousand years since Pilate asked Jesus the question, “What is Truth?” turmoil has surrounded this topic. Jesus himself gives us the answer in (NASB)John 14: 6 where it says: Jesus said to him, “I am the way, and the truth, and the life; no one comes to the Father but through 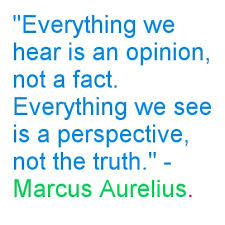 Me.” Mankind only knows the truth because God has shown it to us. Otherwise we are stuck with opinions.

Without a standard man wanders about in the darkness. He needs a way to measure how accurate any statement is. People can’t just transcend their experiences and proclaim one thing is right while another is wrong. Without a basis to gauge ‘the truth’ against; anyone can proclaim just about anything and say it’s the truth of the matter.

Modern man has tried to circumvent the whole basis of truth and has come up with a terrible solution. The present proclamations come from the latest world view called post-modernism. This view of truth says that truth is relative. It is trying to say that what is true for you may not be true for someone else. What these folks fail to realize is that no one, not even one person in their view has any warranted expectation of, or legitimate claim to ‘the truth’ or being right, unless or until they accept God as being the arbiter of what is true.

Not knowing the truth is a sad state of affairs. It is tragic; it is scary; and most importantly, it is dangerous. Blundering along this way, it’s no

wonder mankind has fulfilled a prophecy written about by George Orwell in the book, “1984.” In that book any agency the government put a title to was in reality its opposite. An example that works well here was of “The Ministry of Truth” actually being a vast propaganda organization.

Today’s modern man  thinks one can just change the meaning of words and ideas to accommodate the various points of view. The latest ongoing example is about the institution of marriage being assaulted. The idea of a civil union wasn’t good enough. To those who do not accept the existence of God, the standard definition of marriage had to be wiped out. So, as we see that is what the courts are now ruling.

I have news for them, just like with the book, “1984,” the lies can be seen through and can be addressed. The century’s old definition of marriage says that marriage is between a man and a woman and no attempt to change it will make it so. This is just another example of man thinking he knows what’s best, wants to be god himself and is making a total cesspool full of unintended consequences for everyone to live with.

Staying with the subject of how today’s world corresponds to the book “1984” what about the inaccurate, politically vanilla title of, Planned Parenthood, a more accurate name would be Avoid Parenthood. This

ghoulish industry of abortion on demand and selling baby parts quickly had the backing of the former Supreme Court.

Where is the outcry you ask? Well, the secular society has reduced the significance of what it means to be a human being. Man is not seen as being important and unique or having been created in the image of God.

Babies are being sacrificed at the altar of convenience, while others are getting rich off of it.

It is time for a Mission America to show this world there is truth and there is a God of Truth that has our best interests at heart. That is what Ambassadorships is about; helping believers effectively confront the lies being spread today and to present the good news that the God and Creator of this universe love’s us and wants mankind to be reconciled  back to Him.